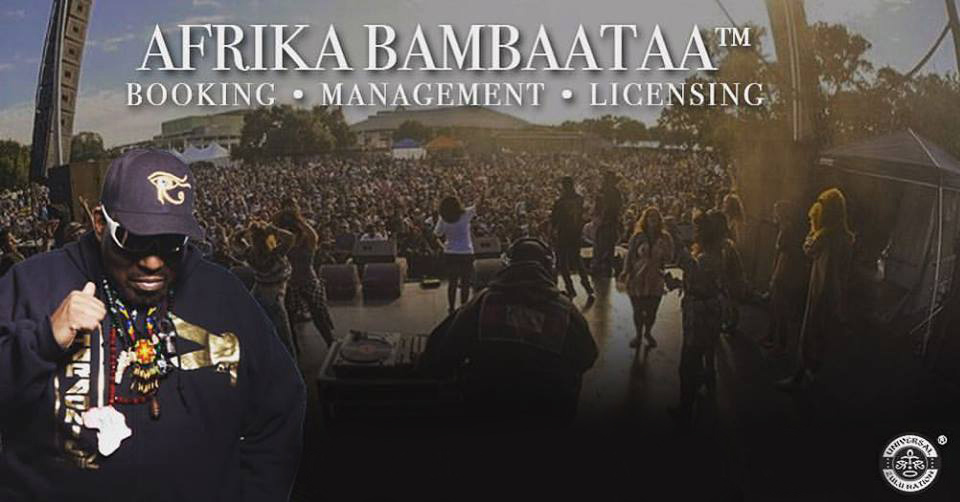 The legendary DJ and Hip-Hop architect also founder of the Universal Zulu Nation a global awareness organization, Afrika Bambaataa, plays a major roll for creating this multi billion dollar industry that we call hip hop today. Born in the Bronx, Afrika Bambaataa is well acknowledged as one of the 3 founders of Hip-Hop. He started deejaying in early 1970 and later launched his Hip-Hop oriented music group called the ‘Universal Zulu Nation’.

His music interests were diversified from the start, and would range from African sounds to RnB, classical, Latin jazz as well as Caribbean Calypso.Afrika Bambaataa is well known for his endless support for the development of Hip-Hop and deejaying, and which earned him the name ‘Master of Records’. He was the first DJ to ever perform break-beats. For this reason, many prominent deejays acknowledge him as the father of Hip-Hop.

Pertinently, he is also accredited as the ‘Godfather’ of Electro-Funk. He was nominated in 2007 for an induction into ‘ The Rock and roll Hall of fame’, and a visiting scholar to Cornell University in 2012 for three years.All in all, the legendary Afrika Bambaataa is renown for his contribution to the development of the Hip-Hop, Disco, Electro- Funk and House music genres. He is also known for several of his albums including “Planet Rock”, “Dark Matter Moving at the Speed of Light” and “Sun City”. His involvement in the music industry is what actually contributes to the accumulation of his overall wealth. This ranges from music production, deejaying acting and performances.​