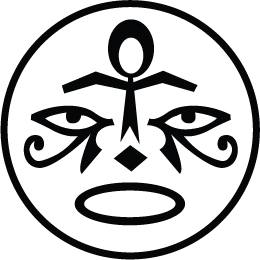 What is Law? There are all types of Law. There is Universal Law that deal with The Supreme Force whom set this whole Universe(s) into a system of Chaos, that became Law out of nothing like Darkness of Nothing to Light, Something. Something meaning giving you Sun, Moons, Stars, Planets, Nebulas, Milkey ways, Gasses, Water, Winds, Fires, Beings from different planets and a mind to even question if there is a Supreme Force, A God, or Gods and Goddesses, Elohiems, Neterus and Life beyond Earth. Everything in Life is base on Mathematics. You cannot do anything in Life without Mathematics. You sleep, walk, talk, think, eat, and run all to Mathematic and Mathematics is Law.

So What is Law and how many Laws there is??? According to The Black Laws Dictionary Vol. 2, Law is Orders. A system of principles and rules which of human conduct, being the aggregate of those commandments and principles which are either prescribe or recognized by the governing power in an organized jural society as it will in relation to the conduct of the members of such society, and which it undertakes to maintain and sanction and to use as the criteria of the actions of such members. I Afika Bambaataa can also say that this can also be true dealing with the Governing Laws of The Universe(s) and its members, (Beings from all over the Universe(s) whom also follow what Laws of Their meaning or thinking of Their Supreme Force, Gods or Goddesses or their selves of what ever state of Being that they are in as Life.

Hold on this might get al little deep for you but we try to keep common sense in what we are saying with an open mind. Law is that which is laid down, ordained, or established. A rule or method according to which phenomena or actions co-exists or follows each other. So how many types of Law there is? So many that I could not put them all in this article. Many of your who are reading this article, I am not going to let you off easy and give you many of the answers, that is why you must research this yourselves. Look up the law that suits you. Universal Laws, Earth Laws, International Laws, Dimensional Laws, Mathematical Laws, Gravity Law, God (The Supreme Force Laws, under world Laws, Lucifer (Satan) Laws, Your Laws etc.

Classification Subject Matter Law thats either public or private. There is Constitutional Laws, Administrative Law, Criminal Law. There is Law of Citations, Law of evidence, Martial Law, as well as The Prophets of The Bible, The Qu Ran, The Book Coming Forth By Day and many Ancient Text Laws or Religious Laws. Laws rule you all even if you know it or not.

There is even Laws of War, Laws of the Streets, Drug Laws, and Air Space Laws, Law of the Seas, Oceans and Land laws. We can do nothing without Laws. Even Savages who think they have no laws still are under some type of laws. There is Spiritual Laws, Local Laws, Corporate Laws, Personal Laws or Indigenous Laws. What Laws are you following?

The laws of Common Sense, Common Laws, Bankruptcy Law, Case Law, Maritime Law, Military Law, Municipal Laws Moral Law, Organic Law, Penal Law, Revenue Law, Written Law or straight up Natural Law. Do you Humans still think your not run by laws??? Do Extraterrestrials, Space Beings, Angels, Demons, whatever think all of you beings on Earth and beyond, on Stars, Planets, Subterranean Worlds, Dimensional all think that all of your can get away from law. Life is Law, Birth is Law, and Death is Law so called time that always was and Law also runs forever. That why is so important for all to study some type of laws especially when the laws are controlling and studying you. Laws can make you a slave and guess what there are Slave-servitude laws. Laws of the Matrix. Go watch all The 4 Matrix movies again 15 times each and really study the movie.

How Many Laws there is??? Magic Laws, Witchcraft Laws, the Laws of Science, and the laws of health, Roman law, Foreign Laws, Absolute Law of Nature. There is so much laws that there is even Laws to govern Laws. So Sisters and Brothers, Humans of Earth, Beings of other places in the Universe(s) and Beyond, I don’t care where you are at in whatever world your come from. STUDY THE LAWS OR THE LAWS WILL STUDY YOU.