As I research Admiralty, Commerce, and Merchant Law, I am constantly running into requirements that stress the use of a Notary.

In researching the office of the Notary I find that the Corporate United States and its many sub-division states have initiated statutes regarding the Notary Process.

I find this very interesting for two more outstanding reasons, I am sure there are more: 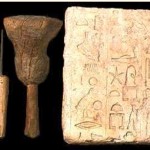 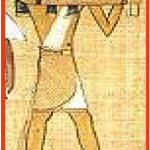 One theory I have heard/read is; because the Europeans have codified Merchant/Commerce Laws, therefore, they have copyrights.

No one can take ancient laws add to or subtract from it. No one can take ownership of something that they did not create, they can make claim however, it is up to us Moors, as the true gatekeepers, to correct these types of misconceptions and reclaim the laws of their ForeMothers and ForeFathers.

This is the same process that is used to claim the live human being. Does it make it valid or lawful? No.

What has also come to my attention is the fact that although all sub-divisions of the Corporate UNITED STATES, which are enclaves, doing business as (dba) THE STATE OF <>, each have slightly different views and rules that they allow for the Notary Process. This ought make one wonder; for what purpose would public servants have requirements for implementing the Notary function in the first place? …..mmmmm

Keep in mind that all statutes apply ONLY to public servants, and NEVER to the People. If we keep the above in mind, public servants are now directing the Notary on what they will allow them to do for the People, or NOT do. Which impairs the Rights (birth rights) of the People.

If we look closer at the Notary function, it is a for hire process, one that the People can do themselves, just as they can present themselves in lawful matters.
The Notary function now has a fee attached to it and in some cases that fee can be, or become very expensive.

You need a notary to do the following for each issue:

This is a very rough and elementary list of some of the things a Notary may be able to do for you based on the Corporate enclave statutes, of which they all have a fee attached.
In some cases the charge is per signature as well as function performed. Is this another way to impair the activity of the People? I would say yes!

I want to make clear – STATUTES APPLY TO PUBLIC SERVANTS ONLY !!!

Go through not just the Corporate enclave near you, but others on this continent and review their position on the Notary process.

Is it a tool to impair the activity of the People? All Notaries are authorized by and for the corporate enclave – they are subject to the corporation first and if the corporation feels that they are not operating in THEIR best interest, they will remove the Notary from office – so who does this alleged public servant work for?

Has anyone ever wondered where the office of the “Notary Public” came from?

Have you ever wondered, as a Moor, who has authorized everyone else to be on this continent,and going back even further understanding that We Moors created the Europeans using part of our own DNA, how is it that today we go to Europeans to validate/authenticate who we are and our honor?

Is that even lawfully possible? How can the created validate/authenticate the creator?

I decided to investigate the office of the “Notary Public” because I wondered as Moors, what did our ancient ForeMothers and ForeFathers do? Did they even use a Notary Public?

The answer is No! – as the Supreme being, our signature, seal, and/or thumb print is the Supreme authority in all matters, all else is inferior. There are no Notaries on the Treaties, the Declaration of Independence, The Articles of Confederation or Association, or the Constitution which we authored – wrote—Notarized.

In fact, in some cases when an inferior is used to validate who we are and/or our honor within a honor process, it indicates that we really do not know who we are. We must ask ourselves how can a species that we created and authorized to be on this continent specifically, authenticate who we are AND our honor?

In brief this is what I have found:

A Notary Public traditionally stems from scrivener notary practice. In what is called Ancient Rome, which we should know there is no
such thing as Ancient Rome, therefore they can only be talking about our Ancestors, the scriba, Latin plural scribae, which was a public notary or clerk, see also scrivener.

A scrivener or scribe was traditionally a person who could read and write. This usually indicated secretarial and administrative duties such as dictation and keeping business, judicial, and history records for kings, nobles, temples, and cities. Scriveners later developed into public servants, accountants, lawyers, and petition writers, etc.

So the term Notary Public is a new title meaning one who can read and write, of which, our ancestors were master readers and writers in every capacity.

Do you think our ForeMothers and ForeFathers employed someone to read and write for them? If so who would have written the many Treaties and ancient text, the Articles of Confederation and Association, Declaration of Independence, and Constitution for them?

I think we need to exert our authority – we are and have always been the Master Readers and Writers – we need to act accordingly.